Great read, don't miss this one!!! 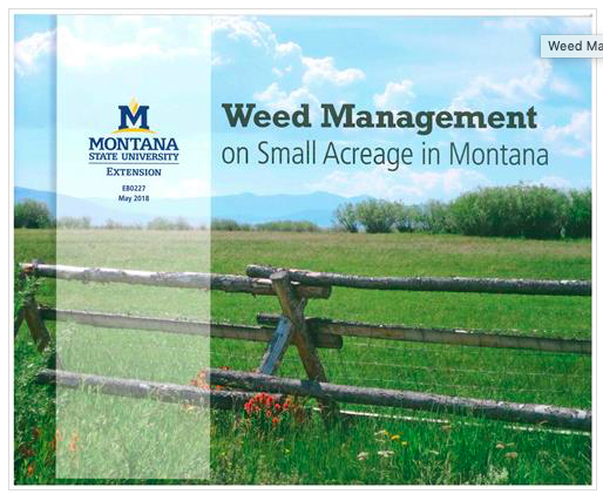 Here is another great link for more information about aquatic invasive species: https://www.seattleyachts.com/clean-your-boat-learn-about-invasive-species

MARCH 2021 - AWESOME NEWS...SVWC just got confirmation of receiving a $15,000 grant from the Rocky Mountain Elk Foundation to cost-share large acreage weed control for 2021 and 2022! Thank you RMEF for the continued support of the Stillwater Watershed's ongoing noxious weed control endeavors.
​
Interested landowners, although it's a bit early to think about weed control, if you own 20 acres or more that is on or adjacent to elk habitat please apply! Click on the button below and download the form or send questions to svwc2010@hotmail.com.
Click to download cost-share form 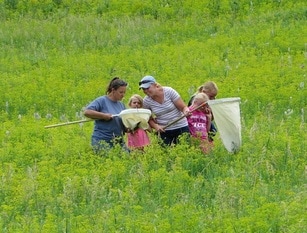 On behalf of the Stillwater Valley Watershed Council (SVWC) board of directors, I would like to thank Melissa Maggio-Kassner and the MT Biocontrol Coordination Project (MBCP) for aiding in the organization and facilitation of the SVWC’s inaugural biocontrol workshop held in early July, 2016 in Fishtail, MT.

The Stillwater Valley was one of the first leafy spurge biocontrol release areas in the state. Since the mid-80’s, biocontrol agents have been used extensively as one tool for invasive species management for the difficult to manage leafy spurge. However, leafy spurge continues to gain a foothold in many areas of the watershed and so in recent years there has been a focus on bolstering populations of Aphthona species, A. nigriscutis, and A. lacertosa in order to effectively use more of the tools in the weed control toolbox.

For the workshop, an informal but informative day was planned focusing on biocontrol systems in which everyone would be able to first gain more in depth knowledge about the most common biocontrol agents in MT in a classroom setting. Participants were given a background of the various agents and their target noxious weed species as well as an honest viewpoint for the pros and cons of many biological controls. Next, the afternoon session took the group to a local landowner’s property where a collection site had been established in 2012 in a pastureland draw infested with dense leafy spurge. The purpose of the field visit was to learn about collection and re-distribution techniques for populations of flea beetles and oberea. Participants found the afternoon workshop especially valuable and became experts in identifying the various biocontrol agents present in the leafy spurge population as well as witness the entire process of collecting and transporting the insects.

Over 25 participants—adults, youth, agency personnel, private landowners—along with MBCP and SVWC staff and board members, were enthusiastic about collecting and learning more about biocontrol agents. The collection efforts were a great success with approximately 76,500 agents being distributed for local and regional weed control efforts. The 51 containers of “weed eaters” had an estimated value of $5,000.
​
The accomplishments of the day were made even more successful by the participants and facilitators, from diverse backgrounds, that brought an interesting array of rangeland and weed management knowledge with them. The conversations and relationships forged provided an opportunity to evaluate various management techniques, as well as share successes and failures. We are very grateful for the MBCP and all those who participated throughout the day and hope that everyone enjoyed the day as much as we did and look forward to a successful event next year.